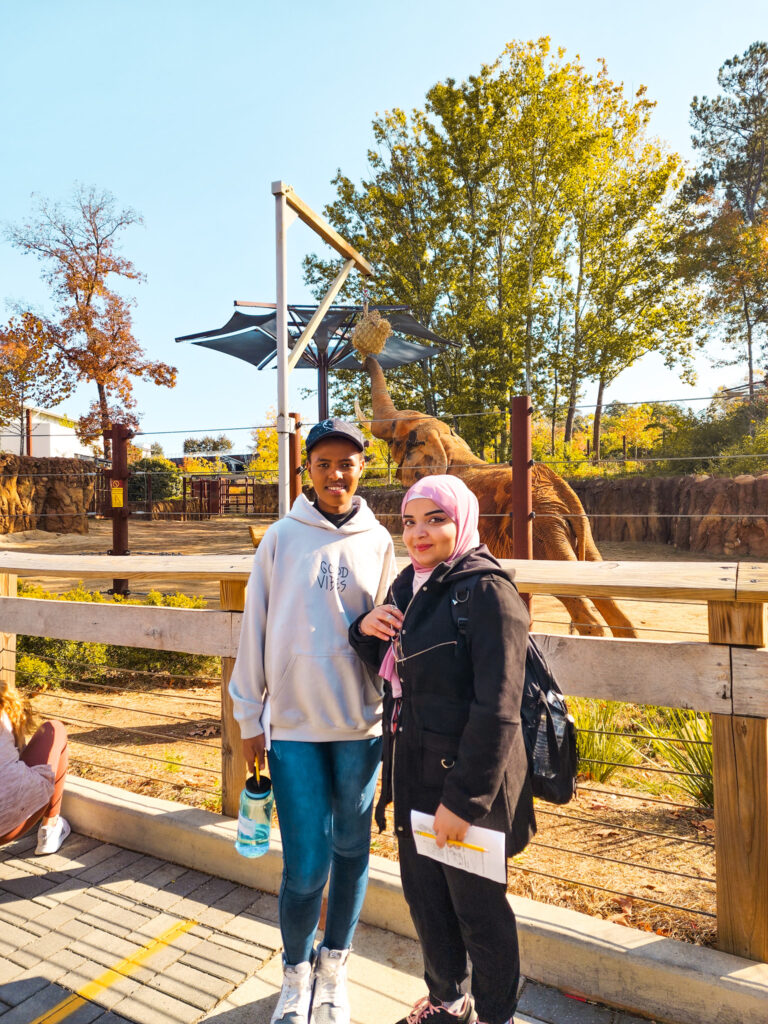 It was a beautiful day as the GVP buses filed into the Atlanta Zoo parking lot. The students fluttered out to find their groups and prepare to see all the animals hidden inside. Once inside, there was so much excitement over what they would see. They wanted to take pictures of the animals’ every move and the girls were very serious about completing their zoo assignment for class! This field trip is part of the Migrations Learning Unit. In this unit, students learn about human migration and animal migration as adaptations to changing ecosystems.

They showed care and concern for the animals as we passed through, asking about why they were lying down, what they ate, who gave them a bath and more. The girls showed their support for their sisters, looking out for one another and holding each other accountable when they were taking too long or getting too far from the group. The students were kind to other visitors, the staff, and even enjoyed not just the animals, but were excited to see the younger children on field trips of their own. My group even decided to follow one tiny troup’s lead and make a little chain by holding onto each other’s jacket as we snaked around to the next animal.

Along the way, there were certainly comments about tired feet and hungry bellies, but the excitement was not dampened. We had to see the birds and absolutely, positively, could not miss the pandas. The girls showed how responsible they were by taking turns to capture photos and sharing the space with other visitors. There were smiles and laughter as we wove our way through the zoo and even a few moments of fear and shock as we made our way through the reptile exhibit. The girls were amazed by the tall giraffe, the loud lion, the silly gorillas, and the cuddly pandas. The zoo was an exciting adventure for the girls and they buzzed with energy and excitement all the way back to the school.