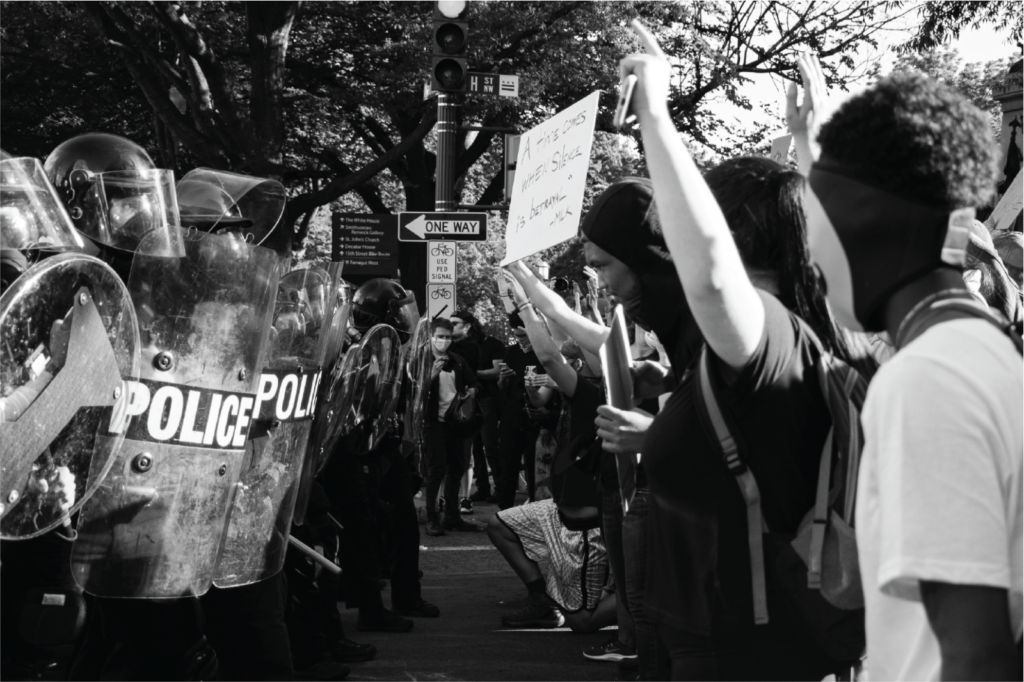 As the killings of George Floyd, Breonna Taylor, Ahmaud Arbery, and Rayshard Brooks have sparked national outrage and weeks of protest, conversations about race are more critical than ever – among friends, in the workplace, and in the classroom. As Jamilah Pitts of Teaching Tolerance contends in her article “Don’t Say Nothing”, silence on the part of educators is not an option: “As educators we (sometimes unknowingly) step into roles of advocate, caretaker, guide, and even mother or father to students. Students pay attention to everything we say and do. They particularly pay attention to our silence.” (emphasis added)

When the video of George Floyd’s murder at the hands of law enforcement went viral at the end of May, students at Global Village Project had questions. They felt and shared many emotions in response to what they were seeing on the news and were very concerned about the history of police brutality in the U.S. Recognizing the need for open dialogue, Curriculum and Assessment Coordinator Dr. Cassie Leymarie pivoted from the curriculum initially planned for the next meeting of summer camp and instead dedicated it to discussing the recent incidents of racial violence.

Through a discussion centered on the theme “Rights & Black Lives Matter”, Dr. Cassie and School Counselor Katelynn Villari opened the space for GVP students to share their feelings, ask questions, and take the time to process. Dr. Cassie also read aloud the book “Black Lives Matter”. This age-appropriate text by Sue Bradford Edwards and Duchess Harris helped students learn more about the events that sparked the movement and the ongoing activism that fuels it.

Many GVP students wanted to know what they could do to help. Katelynn shared an initiative from the King Center that offered a way to support the movement safely from home: students were invited to take part in a nationwide online protest led by Dr. Bernice A. King, CEO of The Martin Luther King, Jr. Center for Nonviolent Social Change (“The King Center”), during the week of June 2-9. The group then reviewed our first amendment rights to protest from the Rights learning unit they had studied earlier this year, and sang songs of inspiration from the unit with GVP Music Teacher Ms. Elise.

Open, honest conversations about race are crucial for helping young people grapple with the realities of racial discimination and violence in the world. While the “Rights & Black Lives Matter” discussion at GVP has been the most intensive dialogue about racial justice with students so far, by no means does it represent the end of this conversation. During subsequent sessions of summer camp, Dr. Cassie and Katelynn have continued to engage in this discussion, and some students have reached out individually as well. Already, GVP’s academic team is brainstorming ways to incorporate learning about the present struggle for rights and justice more concretely into our curriculum when we return to school in the fall.

While the recent incidents of racial violence in this country have been heartbreaking to witness, the difficult conversations about race that they have inspired, like our discussions with students at GVP, will hopefully help to pave a new way forward for our communities. The current historical moment of national racial reckoning is an opportunity for all of us to learn, reimagine, and rebuild for a more just and equitable tomorrow.