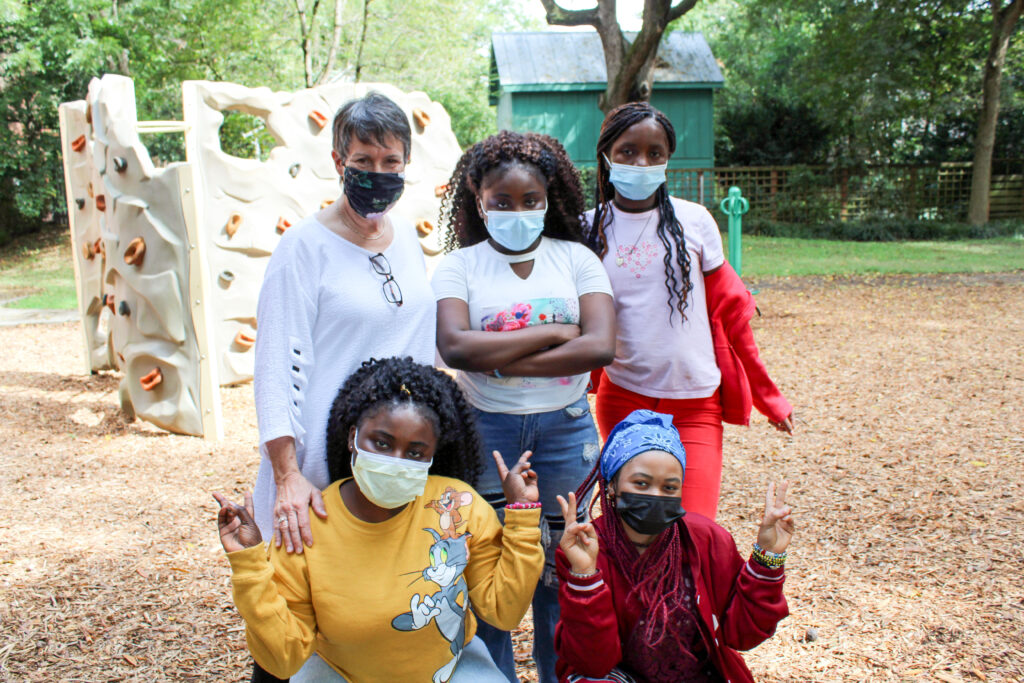 In March of 2018, Global Village Project began a formalized process to expand and integrate what we now call our guiding principles – Diversity, Equity, and Inclusion (DEI). This work led to the creation of several structures and policies which have been implemented to strengthen our ability to pursue our mission. One such development is called the Diversity, Equity, and Inclusion Leadership Circle (DEI Circle).

The purpose of the DEI Circle is to build a collective stakeholders circle representative of all stakeholders of the GVP Community. DEI Circle is a safe space that envisions, builds and maintains the principles, development, accountability, intentional growth and best practices of diversity, equity, inclusion and belonging in the GVP community. A rhythm of quarterly meetings was recently established to ensure regular connection, communication and progress.

The DEI Circle also unites and supports the work of sub-circles, including our previously-shared DEI Book Club and DEI Workplace initiatives. Currently, the DEI Circle is made up of staff members from different departments at GVP, and the sub-circles expand access to parents, alumnae, volunteers, and board members – including our recently launched Parent Council. These sub-circles allow many passionate individuals in GVP’s community to engage with their chosen area of expertise or activity while enhancing the organization’s understanding and implementation of DEI best practices. They extend the reach of the DEI Circle and the intentional efforts at GVP to create space for equity and inclusion.

Diverse participation, intentional research, and co-creation of practical tools are key characteristics of the process. Members of the DEI Circle and of the sub-circles take the opportunity to hear each others’ diverse perspectives. This group reaches out further to seek additional voices through articles, books, events, podcasts, films, and even those in their communities. In short, the DEI Circle encompasses lifelong learners.

Finally, the way we proceed on our journey will affect the final destination. The “how” of our approach is just as important as “what” we produce. Through the DEI Circle, our guiding principles of diversity, equity, and inclusion are held at the forefront of our work and our thoughts. It is vital that GVP’s commitment to DEI is not only actualized through structures and policies, but also held at the forefront of our community’s hearts and minds.