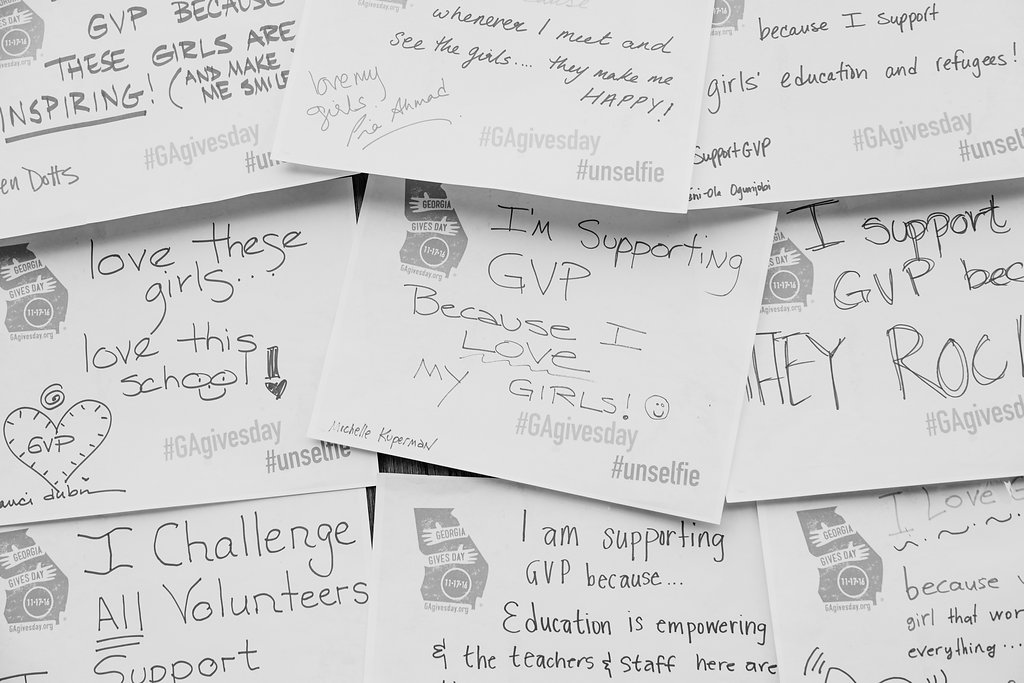 We have only three days of school left for students. Our Educational Coordinators met this morning to create a plan for continued and supported summer learning and a plan for our post-planning sessions with teaching faculty next week. There are plans for a school-wide end of semester Zoom party on Friday, a GVP graduate car-parade on Saturday, a musical livestream with Ms. Elise on Sunday, and a family home delivery on Monday with notes, cards, and gifts for graduates and food for families. We will also deliver the outline for summer programming, calls, and meetings so that we can stay in touch with students and families and keep them connected to the school community.

In post-planning next week, we will reflect upon all that has happened over the past two months and carefully consider the options for moving forward. Most importantly, we will critically think about how we can continue to reimagine and recreate what we have in our brick-and-mortar school in a virtual or blended learning model. We must craft a new model that allows us to maintain the most critical elements of our holistic educational program at GVP and that can bring students back together and inspire them to engage in learning.

Over the past 8 weeks, GVP has faced some of the same challenges as many other middle and secondary schools around the nation. In particular, our school has experienced much higher levels of absenteeism and students have been inconsistent in their attendance. The high rates of attendance that we had traditionally seen—typically above 90%–have dropped significantly. High rates of attendance had always been a point of pride for us at GVP because research shows that often families with lower incomes and those whose first language is not English have much lower rates of attendance overall. Additionally, research has shown that attendance rates are lower among older secondary students and among girls.

In a 2018 Economic Policy Institute (EPI) study on student absenteeism, Garcia and Weiss noted, “One in five eighth-graders was chronically absent,” and “boys showed a higher full-attendance rate than girls.” They went on to say, “Hispanic ELL students and Asian ELL students were the most likely to have missed more than 10 school days…” In conclusion, they pointed out that absenteeism is “a puzzle composed of multiple pieces that has a significant influence on education outcomes, including graduation and the probability of dropping out. The factors that contribute to it are complex and multifaceted.” According to the US Department of Education (2016), major contributing factors to chronic absenteeism include: poor health, parents’ nonstandard work schedules, low socioeconomic status, mobility and transience, extensive family responsibilities, and inadequate supports for students within the educational system (e.g., lack of adequate transportation, unsafe conditions, lack of medical services, harsh disciplinary measures, etc.).

Many recent reports have shown that as many as 40% or more of secondary students are not showing up for virtual classes right now in the US. The New York Times published an article on April 6th that clearly articulated the current state for schools: “Chronic absenteeism is a problem in American education during the best of times, but now, with the vast majority of the nation’s school buildings closed and lessons being conducted remotely, more students than ever are missing class — not logging on, not checking in, or not completing assignments. The absence rate appears particularly high in schools with many low-income students, whose access to home computers and internet connections can be spotty. Some teachers report that fewer than half of their students are regularly participating.”

Since our school closed, I have been paying close attention to the ways in which this unprecedented pandemic affects our educational system, schools, and students. Unfortunately, I have yet to hear many good news stories about students in remote classes. I have seen a number of news articles and reports from cities across the country sharing similar concerns around absenteeism. Staten Island, NY, Rapid City, SD, and Orange County, CA are all distinctly different and geographically distant but all report similarly dramatic declines in online attendance. I worry that so much of what is most valuable in our schools–positive relationships, supportive teachers, healthy food, hands-on projects, and time with peers—is lost online and in our virtual classrooms and are contributing to this decline in attendance. I wonder about the other factors that are contributing to this terrible trend.

There is a general recognition that welcoming schools and schools with highly positive climates and cultures see better rates of attendance. Research shows that responsive and restorative schools see better rates of attendance and lower rates of absenteeism. That was certainly true for us at GVP. We very rarely dipped below 90% attendance, and we called our students and families whenever they were absent. Occasionally, we even saw students walk the 5 miles to school after missing the bus. But now, things are different. We have worked hard to take our best practices and holistic model of education online. We have provided all the needed technology, called all the families each week, offered music, drama, tech, and counseling classes in addition to the core content, and so much more. Teachers and staff have texted, called, chatted, and messaged across multiple platforms, hoping to engage full classes online. But, things have changed.

I have not been able to fully assess the data we have gathered on attendance during the COVID-19 crisis yet, but I know from talking with teachers that classes that should include at least 15 have sometimes had only two or three students in attendance and that overall our absenteeism is likely reflective of the 40% other schools have seen. That is difficult for our teachers, and it is difficult for me. My mind tells me and our counselor reminds me that these are extraordinary times. We are experiencing trauma and grief at a personal and unprecedented national level. While I understand this, I am still struggling to understand what it will take to bring our students back together and engage them in this virtual learning world and practice. It seems even more critical as I anticipate the start of a new school year that will certainly call for a blended learning model.

I look forward to learning from other schools around the country and to lively debate and discussion about how to engage secondary students, in particular, who seem so tuned out when it comes to online learning and virtual schooling during this time. I wonder and desperately want to know what we can do to combat it, to keep our students connected, and to keep them interested and invested in continued learning. Students like ours at GVP certainly can’t afford to miss any more schooling, and we intend to do all that we can to keep that from happening.

In My Shoes: A Reflection by Jai Simpson-Joseph