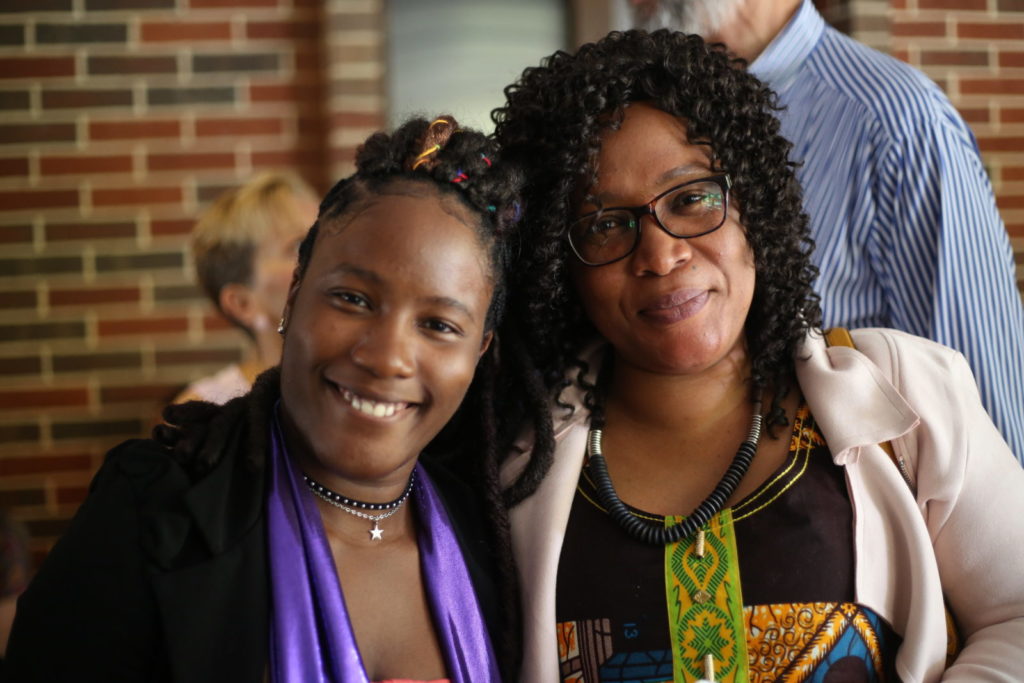 Yesterday was Mother’s Day. It was a beautiful, sunny day here in Decatur, and I spent most of the day relaxing outside with my family. I shared emails, text messages, and pictures with other moms that I know and love and got to visit with my mom outside at a safe, social distance. I received a special text message from one of our GVP parents early in the day wishing me a Happy Mother’s Day and found myself thinking of our GVP mothers often throughout the day.

According to History.com, the origins of Mother’s Day in the US date back to the years before the Civil War. Ann Reeves Jarvis started “Mothers’ Day Work Clubs” to teach local women how to care for their children. These clubs later became a unifying space in a region of the country still divided over the Civil War. In 1868 Jarvis organized “Mothers’ Friendship Day,” where mothers gathered with former Union and Confederate soldiers to promote peace and reconciliation. Soon after in 1870, the abolitionist and suffragette Julia Ward Howe wrote the “Mother’s Day Proclamation,” a call to action that asked mothers to unite in promoting world peace. In 1873 Howe campaigned for a “Mother’s Peace Day” to be celebrated every June 2. Following her mother’s 1905 death, Anna Jarvis conceived of Mother’s Day as a way of honoring the sacrifices her own mother and all mothers made for their children. I am grateful to our mothers past and present who make sacrifices for their children.

Moms are central to their children’s health, wellbeing, and education. According to UNESCO, if all mothers completed primary education, maternal deaths would be reduced by two-thirds. If all women had a secondary education, child deaths would be cut in half, saving 3 million lives and 12 million children would be saved from malnutrition. UNESCO research also shows that educated mothers are more likely to ensure that their children receive the best food and nutrients, know more about appropriate health and hygiene practices, and have more power in the home to make positive decisions for their children. Educated girls are less likely to marry early and have children at any early age. If all girls had a secondary education, there would be two-thirds fewer child marriages.

GVP is dedicated to empowering and educating girls and in turn creating a safer world for women and their children. Girls’ education has a powerful ripple effect. Educated moms are empowered moms who empower their daughters. Girls and young women who are educated are more aware of their rights, have greater confidence, and have more power over their decisions, life options, and futures.

GVP students have experienced interruptions in their formal schooling but because of the care, protection, and education their mothers have provided, they will have more power over their decisions and more choices for their future. We are deeply grateful to all of the mothers who have entrusted us at GVP with the education and care of their daughters. I am also deeply grateful for the mothering that our students receive from our GVP community of support. During our family-school conferences this week, many parents thanked me for caring for their daughters, for the good education they were getting, and several even thanked us for being like parents to them. I am profoundly thankful for the ways that GVP fosters a feeling of family among our parents, students, and community stakeholders.

Last Friday at our regular 9AM Morning Huddle Hangout with the team, Mr. Crispin, our School Support Specialist, wished us all–the wonderful women he works with–a Happy Mother’s Day and thanked us for being supportive mothers for him, as his own mother is so far away. According to the Cambridge Dictionary, the verb mother means to treat someone with kindness and affection and try to protect that person from danger or difficulty. In this way, we are all mothers to Mr. Crispin, to each other, and to our students. We practice kindness and care for each other and do our very best to keep each other safe. Like Mr. Crispin, I want to thank our GVP community for being powerful mothers. Thank you for caring deeply about our students and families and for fighting for educational equity and justice. Thank you for working for peace, creating safe and welcoming spaces, and for loving and nurturing each other. Rumi said, “We are born of love; love is our mother.” I believe the image of love as a mother is the most powerful of all.

In My Shoes: A Reflection by Jai Simpson-Joseph