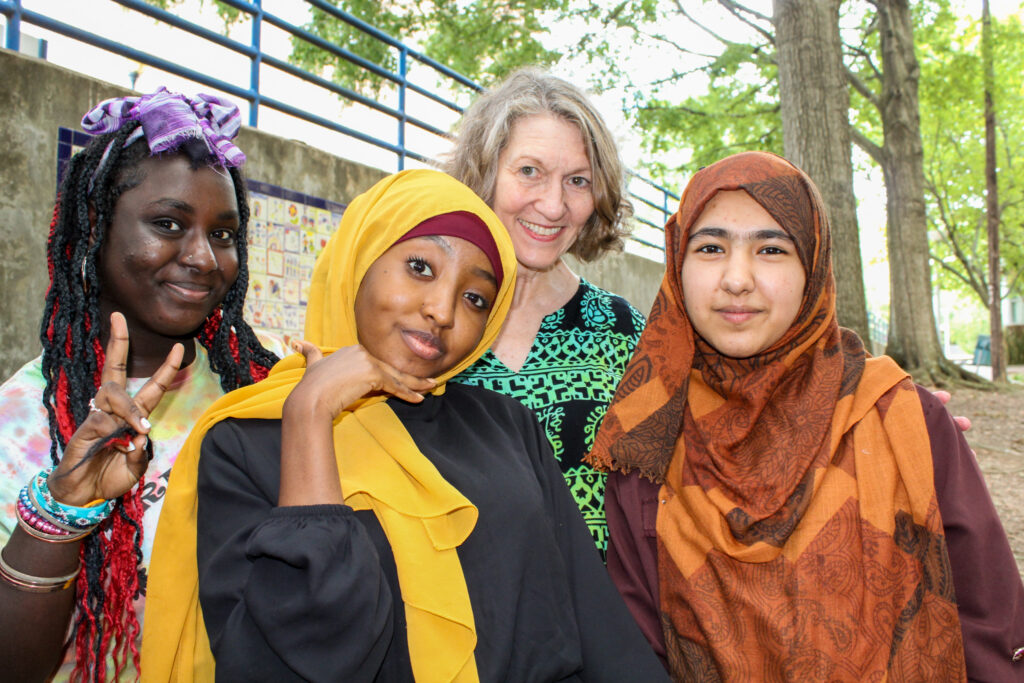 Ms. Linda Smiley, GVP’s long time mathematics teacher, walks around in her new classroom. She moves classroom supplies intentionally, placing each item carefully where she wants it. Against the wall, there are storage shelves, neatly arranged next to each other. Two white boards flank a blank space on her front wall where the new smart board, which is on backorder, will be installed when it arrives. Ms. Linda finally looks up and smiles, pleased. Her classroom is almost ready.

This fall, when Global Village Project students returned to school, there was a new classroom space Ms. Linda and her students now occupy. Thanks to an arrangement with Decatur Presbyterian Church, GVP has acquired use of three new spaces to expand school operations. In addition to the classroom there is also a new meeting room and administrative space.

The new classroom accommodates the expansion of the Math program, which is also the result of recommendations made to GVP by the Southern Association of Independent Schools (SAIS) during its assessment of GVP last year, which led to GVP’s accreditation. Following that assessment, GVP received a grant which, over the next three years will help bolster the math program, providing more robust instruction for GVP students as they prepare for high school in the future. This is a learning program we refer to as “Mathstravaganza”. The recruitment of the new math teacher, Ms. Caroline Henry is made possible by this grant and her partnership with Ms. Linda will ensure that our students are ready for high school math and future academic success.

Ms. Linda’s students sit at their desks in her classroom days after school starts, following her instruction with keen interest and echoing her voice. Seated on a high chair in front of them, she has taped down several numbers in a row in front of the classroom. They are in a sequence from ten to 100. The students are learning how to round numbers to the nearest ten. One by one, each student comes up with a number in her hand, looks at the floor and finds where her number belongs and then places it on the floor, to the admiration of her classmates. Ms. Linda guides this exercise skillfully and patiently, teaching and encouraging her students. This is how learning happens at GVP, and this is how Ms. Linda teaches, drawing on her many years of experience to make math engaging and enjoyable for the new students in her new classroom.