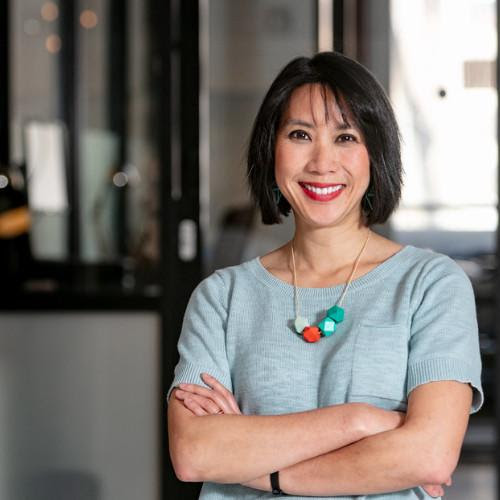 Global Village Project is happy to announce Han Pham as the new head of the Board of Directors. Han is currently the Head of Operations at Hotshot, which is disrupting continuing education for lawyers. She has served on the Board for four years.

After graduating from Wellesley College and the University of Minnesota Law School, and completing a career in corporate strategy, she’s currently pursuing her passion for start-ups.

As a child of refugees whose success has been paved by the help of others, Han believes strongly in giving back through service. In addition to serving on the board of the Global Village Project, she is also on the board of The Lola, an Atlanta-based womxn’s club; organizes House of Genius Atlanta, which pairs local entrepreneurs with a community-based panel at monthly events of disruptive thinking and practical guidance; and helps lead Her Term, which recruits and supports progressive women to flip political seats in Georgia.

“GVP gives young refugee girls the education and tools to claim their place in this country and turn potential into reality. My mother was denied an education as a child in Vietnam, and effectively denied one when she came to the US. I serve GVP to change what was my mother’s disservice into opportunities for these girls,” says Han.

In her free time, you can find Han, her husband, and two kids hanging out on their microfarm; chilling with the animals and passing out produce and honey to neighbors.