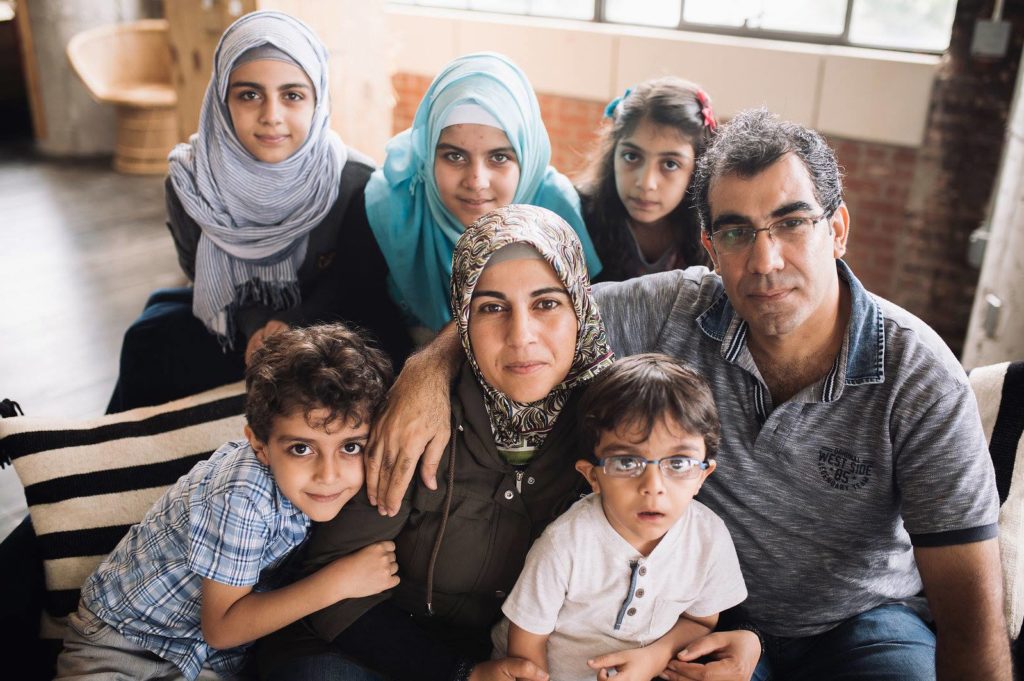 While businesses have shuttered and people are staying at home, Yaser and Barwin Musa have not been idle.

The Syrian couple, parents to multiple current and past GVP students, have been hard at work making masks for healthcare workers since COVID-19 cases in Georgia began to climb. A professional tailor, Yaser sews up to 50 masks a day while his wife Barwin and their five children help assemble them. Together, the family has made over 500 masks and donated hundreds of them to Emory University Hospital and Children’s Hospital of Atlanta for workers who are on the frontlines of COVID-19. 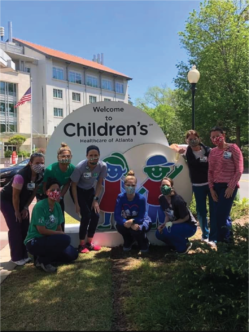 The project began in mid-March, when Barwin learned from retired family nurse practitioner Genia Duchon that Emory healthcare workers were asking for cloth masks that could be placed over the N-95’s in short supply. Genia, a volunteer at Global Village Project and GVP mentor to the Musas’ eldest daughter, initially asked Barwin if her husband could make 50 masks to donate to Emory. Barwin and Yaser stepped up without hesitation: they made 50 masks for Emory hospitals, and then they made 50 more. Before long, they were making hundreds.

Barwin says that she and Yaser are making masks because they want to help other people and help America. She says they want to pay forward the kindness that others have shown them. Since coming to the U.S. in 2016, Barwin and Yaser have both used their talents to start their own businesses, and they are grateful for the support they have received from friends and community members.

The family has worked hard to rebuild their lives after fleeing their war-torn home of Aleppo, where Yaser was once a master gown-maker and Barwin a high school history teacher. When regular bombings made life in Syria unbearable, the family of seven escaped to Turkey, where they lived for four years. During this time, the children weren’t allowed to attend school due to their refugee status. Barwin and Yaser then applied for their family to be resettled in the U.S., and after a rigorous screening process, they arrived in Clarkston, Georgia in 2016. Soon after, Barwin and Yaser’s oldest daughter began school at Global Village Project. Their two younger daughters then followed in her footsteps.

Now, Barwin runs her own catering business, Aleppo Kitchen, while Yaser operates Morning Start Atelier, his tailoring business. The help they’ve received along the way drives their desire to give back during this crisis: “When other people know about my company, they help me,” says Barwin. “And now I want to do something to help others, too.” 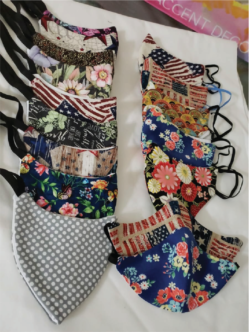 The masks are truly the products of care and generosity. The family buys all the supplies – elastic, fabric, and lining material – using their own money. Plus, there is the gift of their time and energy: the hours spent operating the sewing machine and iron, as well as, Barwin says, the hour-and-a-half long waits at the store Yaser sometimes has to endure to purchase materials. While the process can be tedious, Barwin says they are happy to do what they can to help others during this hard time.

Like every other family, the Musas are looking forward to the day when we can return to normal life; their middle daughter, who graduates from GVP’s Form 3 in May, is eager to start at Atlanta International School this fall after having recently received a scholarship. In the meantime, however, Yaser and Barwin have no plans to stop making masks anytime soon. They have a sewing machine, tailoring skills, and most importantly, an abundance of care for their community, and they will continue to use these tools to make life for other people just a little easier and safer during this difficult time.

If you would like to support Yaser and Barwin’s efforts, they are accepting donations by check: please address your donation to Morning Star Atelier and mail it to the address below. In addition, their masks are now available for purchase for $10 each or $25 for three on Morning Star Atelier’s Facebook page. Barwin and Yaser can also be reached for further inquiries via email at b[email protected] or by phone at 404-665-6600.