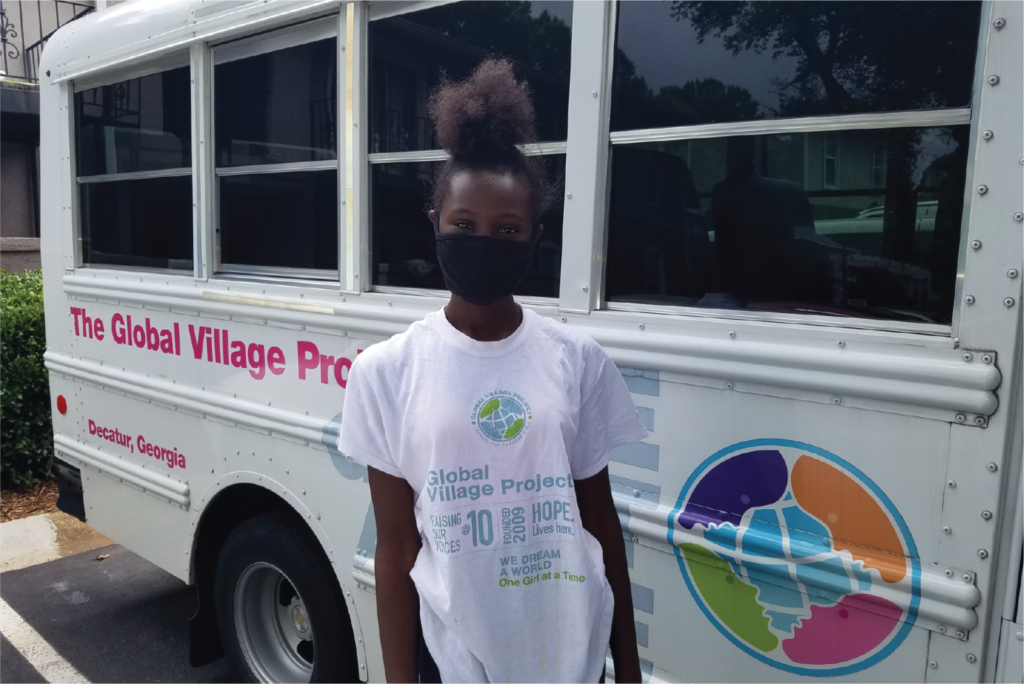 The refugee students and families at Global Village Project are persevering through the COVID-19 crisis one day at a time. While the pandemic’s far-reaching implications continue to take their toll, GVP School Support Specialist Crispin Wilondja remarked, “In general, [GVP families] are recovering,” and they are moving forward with the resolve and support they need to face the uncertainties ahead.

Refugees are among those marginalized groups which have been hardest hit by the pandemic. Having recently arrived in the U.S., the refugee families at GVP face a myriad of challenges which put them in a difficult position – they are navigating a new environment, learning a new language, and tackling the immense task of rebuilding their lives in a new place. As displaced newcomers to the country, many are in precarious financial positions, living paycheck to paycheck while also sending back money to support relatives in their home countries. Plus, finding work is often not easy: due to language and other barriers, many GVP parents work low-wage, physically taxing jobs at Georgia’s poultry plants, and endure long hours with few benefits to support their families in America and back home.

These hardships have all been exacerbated by the COVID-19 crisis. Unable to work because of the quarantine, many parents feared that they would soon be struggling to feed their families and pay rent. They worried, too, about their ability to continue taking care of family members back home.

GVP has long recognized the intersectionality of the challenges that refugee families face, so when the coronavirus struck our Family Support Team mobilized quickly and effectively to help meet some of these critical needs. When GVP transitioned to a remote learning model in March, we began calling families every week to check in, and made rounds through Clarkston to deliver food, learning supplies, and other necessities. These efforts are part of GVP’s core commitment to a holistic educational model. Extending beyond the academic to focus on the whole girl, our commitment includes recognizing and addressing the structural barriers to learning that our students face – especially during a global crisis. 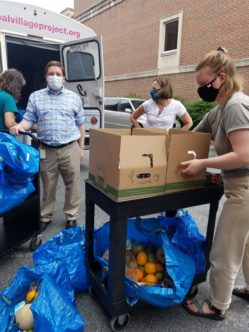 While the school year ended on May 15th, our Family Support Team has continued to provide and adapt these forms of critical support to ensure that GVP families have what they need to weather the ongoing challenges. Our food deliveries via the GVP bus now occur on a biweekly basis. Through a partnership with the Jewish Family & Career Services of Atlanta, we have been able to provide about 20 pounds of food staples and fresh fruits and vegetables to each of our 30 families with every delivery. These rounds through Clarkston have helped ensure that the learning doesn’t stop over the summer: the Family Support Team, collaborating with our educational staff, has also distributed specialized learning packets and stacks of books sorted and leveled for each student, with over 500 books in total!

The direct impact of these deliveries is accompanied by the more comprehensive, flexible role that GVP plays as a hub through which families gain access to other resources. Since the start of the summer, the Family Support Team has called each of our families every two weeks to check in with them about additional needs. The biggest challenges that they have been struggling with at this time are unemployment, rent, and food security. As such, GVP’s Family Support Team has connected families with several other agencies and organizations who are able to help ease these burdens, such as Inspiritus, the Center for Pan Asian Community Services, St. Vincent de Paul Georgia, and the City of Clarkston. Many families have since received help applying for unemployment benefits and accessing rent assistance.

Finally, the GVP team has made sure to provide families with additional information about food pantries in Dekalb County, and Mr. Crispin has helped many families successfully apply for food stamps as well. After completing a training program through Georgia Gateway, the government body that manages food stamps and Medicaid, he assisted many families with their applications and estimates that 60-70% of those who applied have been approved for food stamps. 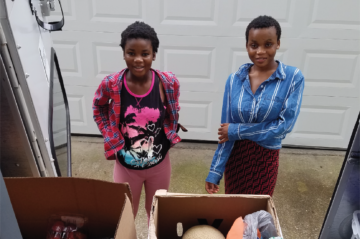 All in all, conditions have stabilized for most GVP families. Most parents have returned to work at this point, and a way forward, perhaps, is even in sight. According to Mr. Crispin, families are feeling encouraged by being able to work again and have drawn a lot of hope from seeing GVP’s care and support over the past few months. “I can just say that for our GVP families, parents have realized the support of GVP as a school and as an institution by our offering to students all the materials they need to continue their learning, by giving them the chance to chat and hear how they are doing, and by giving them food… the fact that this support has continued outside of school has really impacted families.”

Mr. Crispin adds that GVP’s support for families may also be attracting future students to the school. He says the GVP bus’s rounds through Clarkston have piqued the interest of members of the Clarkston community beyond our immediate students and families, and many have been impressed by our commitment to providing support for them through the crisis. It has certainly made the girls who currently attend our school feel proud to be GVP students. “When the bus is coming to deliver food,” Mr. Crispin recounts, “the girls tell their neighbors, ‘This is our bus; this is our school. I love GVP.’”

“My Community,” A Reflection by Alumna Meh Sod Paw