Book Clubs and DEI at GVP 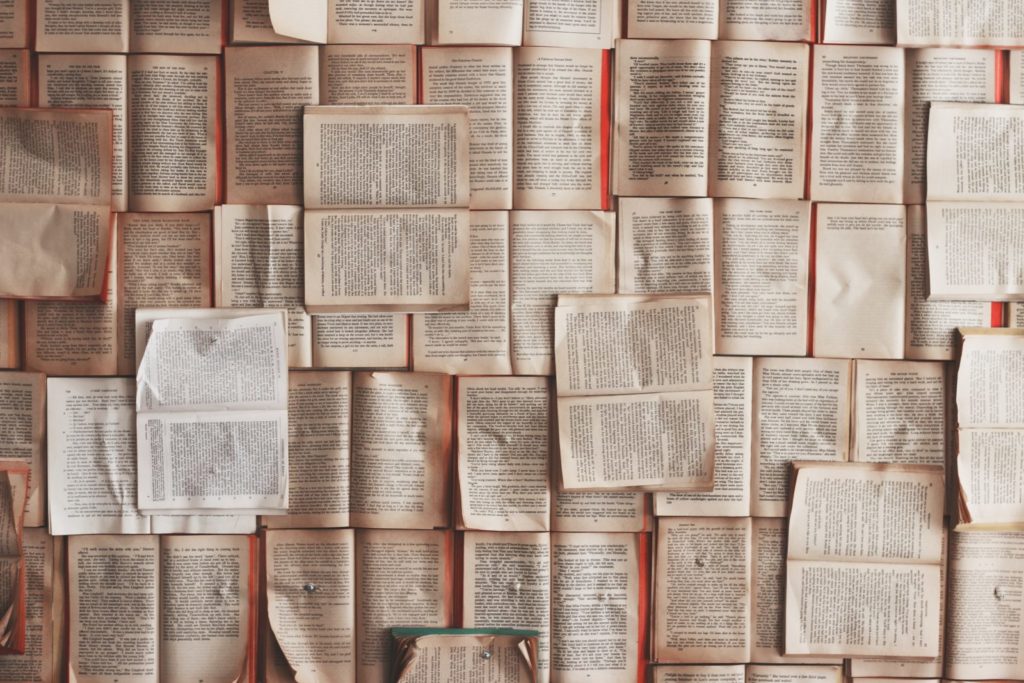 Last Thursday, we completed our final day of post-planning for teachers. We ended the day with an all staff Zoom session where we checked in and shared our superhero powers and names and welcomed a new staff member to our team. We also had an update on our DEI (Diversity, Equity, and Inclusion) initiative from our DEI Leadership Circle. We discussed the role of DEI in these unprecedented times and focused on our collective commitment to inclusion that will increasingly involve our families, alumnae, and large volunteer community.

Over the past year, GVP has made an intentional decision to work with Wings Uprising, a social good practice “committed to the vision of transformative justice, freedom and joy.” While always committed to equity and diversity, GVP did not have in practice a set of guiding principles for our work around diversity, equity, and inclusion and lacked a structure for weaving these throughout all aspects of our organization and community work together. More than a year later, Jai Simpson-Joseph, the founder and creator of Wings Uprising, has helped GVP craft DEI guiding principles, build a DEI leadership Circle, and put into practice our values and commitments around diversity, equity, and inclusion in myriad ways. In fact, last week I learned that our DEI Circle planned to start a DEI centered book club this summer among staff and community volunteers, and I can’t think of a better place to situate the study and discussion of diversity, equity, and inclusion.

Book clubs have been a central part of our work at GVP and were the center of my own practice of teaching and my dissertation research. Literacy has been a core academic focus for our school from the beginning, and we have had hundreds of volunteers over these last 11 years working one-on-one with GVP students to learn and practice reading in English. For the past 7 summers we have hosted a multi-week GVP summer book club for students, graduates, and their siblings. I have belonged to book clubs for most of my adult life and believe that there is great potential for learning, growth, relationship building, and transformative action in these groups. I have always used literature circles and book clubs in my English classrooms as a teacher at GVP and elsewhere, and decided they would be a powerful place to situate my own research around women’s language and literacy practices.

As I studied book clubs and prepared for my language and literacy research, I found a few scholars such as Elizabeth Long who had spent a great deal of time studying book clubs and recognized the power and possibilities in them. However, in all my research, I could not find one example of a book club conducted specifically among refugee women outside of the school setting. In fact, I found that very little research had been done to study book clubs outside-of-schools, especially among non-white, nondominant groups. More research seemed warranted given their long history and increasing popularity, especially in the US as Oprah and others have made the sharing of books more popular than perhaps ever before. So, I conducted my first pilot study of a book club with refugee students from GVP in the summer of 2011. We met in the Clarkston Community Center, read books and ate together, talked, and shared stories of our lives and experiences. The pilot proved to be so powerful that later in the summer of 2014, I similarly completed my dissertation research in a summer book club with refugee young women from our community.

What I learned from my research was that the book club served as a dialogic space for practices, performances, and positionings. The book club was a space where refugee young women could build relationships; give voice to and make sense of their stories; and take risks, imagine new futures and explore possibilities for their lives. The book club provided a mostly private, less structured and more flexible space for us to try on different roles—as teacher, learner, leader, storyteller, counselor, and more. I learned that book clubs have a long history of providing a safe space for women to learn, question, and connect. Elizabeth Long (2003) describes book clubs as “deliberative spaces [for women] to voice their concerns, to narrate the particularities of their lives, to expand their cultural repertoires in dialogue with narratives in books or from other women’s lives, to name what delights or troubles them, to explore the dissociations between what matters to them and the social strictures or ideological frameworks that fail in important ways to address them (p. 219).”

Similarly Kate Flint concludes, “Reading continues to be both a means of escape and a way of taking risks with both the intellect and the imagination” and “is a means of inward, social, and political exploration”(p. 533). A number of researchers argue that the best book clubs encourage disagreement and debate and do not require consensus. As Long contends, “the core of a satisfying reading group discussion is the display of diverse literary and personal responses. Multivocality is what challenges individual members’ preheld notions and allows them the possibility of new epiphanies about literature and life” (p. 147).

Clearly, Long recognizes the possibilities in book clubs for members to move beyond reflection and discussion and into action, and that is what I found among the research participants in my study. They used the time and space afforded in the book club to take up new roles and practices and to position themselves in very particular ways, especially as women who know things and can teach others. Throughout our time in the book club, I found that I learned more from them than I ever had from any students in a classroom before. They were ready and eager to take up a teacher role outside of school and in that particular book club space.

It is my hope that the GVP DEI book club may provide a similar space for participants to move beyond transformative thinking and into collective action. Long suggests, “Reading, especially when combined with communal reflection and discussion, provides the occasion for this activity, resources for reflection, and, in some cases, motivation for taking individual or collective action beyond the world of books.” (Long, 2003, p. 24) The possibilities for transformation, imagination, empowerment, and agency are so important, especially now. In this unprecedented time in our nation’s history, it seems that shifts in thinking and action are required, and in my opinion book clubs for teachers, students, and our community of support may be an important starting place for these shifts. Just two days ago, I came across a Facebook post from an academic friend for an Anti-Racist Teacher Book Club. The post listed out more than 40 books that could be shared among colleagues over the summer to combat racism, white privilege, and the culture of white supremacy that continues in our country.

This morning, our local news headlines state, “Protests will be staged in Atlanta today over the recent killings of Ahmaud Arbery, George Floyd and Breonna Taylor – black people all killed by law enforcement or white individuals.” There has been a growing weariness and rising wariness  among our brothers and sisters of color in this country. They are tired of seeing stories of racism, violence, and inequity day after day without justice. They are tired of the privilege afforded their white brothers and sisters and the blatant abuse of this privilege. The most recent and incomprehensible stories of violence across the country against Ahmaud Arbery in Brunswick, Georgia; George Floyd in Minneapolis, Minnesota; and Breonna Taylor in Louisville, Kentucky are only the latest in a long history of crimes against people of color in our nation.

We talked about this briefly in our morning Team Huddle today and discussed the importance of speaking up and stepping out to be part of the solution. We talked about our gratitude for a space to talk about these things and about how we can be even more explicit in our teaching, training, and talk together inside and outside the DEI book club. We cannot afford to be silent at this time, and we cannot stand in solidarity with our students and families if we are unwilling to be part of the struggle for equity and justice for all.

I am not sure yet what the new DEI book club will bring or even what next year will bring, but I stand hopeful, especially as we remain committed to this struggle at GVP. Obviously, the current situation in our country is a convergence of so many tragic and terrible things, all of which shed a bright light onto the disparities and inequities that exist and persist. For newcomer young women of color—like those at GVP—recognizing and standing against racism have to be part of a whole education, as that will be part of their lived experiences and futures as new citizens in this country. A focus on literacy will remain at the center of what we do; however, we have an obligation to include racial literacy as a part of this work. Racial literacy as conceptualized by sociologist France Twine refers to a set of practices designed by parents and educators to teach children how to recognize, respond to, and counter forms of everyday racism. It is my hope that as lifelong learners we will all be committed to learning and practicing racial literacy and engaging socially around texts that may challenge and change us.