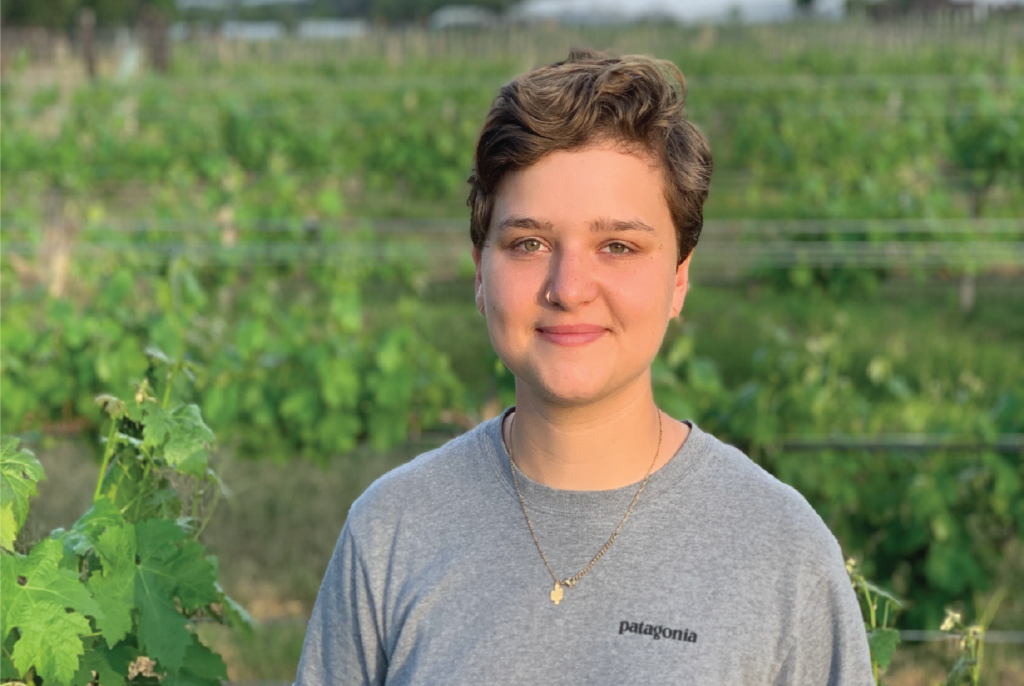 We are thrilled to welcome Olivia McKellar to the GVP teaching team as our new English Language Arts/ESOL Instructor. Olivia will start in her new position with this upcoming school year as Anne Garbarino steps into the role of Lead Literacy Teacher to help infuse our curriculum with the latest reading and writing practices. Learn more about Olivia through our recent Q&A below!

I grew up in Nashville, Tennessee and have loved school my entire life. I studied bilingual education and Spanish at Boston University, where I got a license to teach ESL for 5th through 12th grade. After graduating, I worked at a camp in Maine for teenagers, and then taught English to teenagers and adults at a language institute in Colombia for three months. Eventually, I found my way to the Education and Youth department at New American Pathways, where I served as one of a team of middle school teachers in an after-school program.

I remember in kindergarten, we had a red, yellow, green light system, where if you did something bad, your clip moved to yellow or red. I loved this system and decided to implement it at my house, so if my mom didn’t let me eat a cookie or whatever, I put her on the yellow. I think pretty early on, I really liked schools and their whole environment. Then in high school, I took my first real language class, and when I walked out of my first day, I remember thinking, “That Spanish class was the most amazing experience I’ve ever had.” I just really fell head over heels in love with it, and that’s when I knew I just had to be doing this.

Being abroad makes you realize how uncomfortable learning another language can be, and really how scary and intimidating using it in the real world is. The opportunity to be immersed in Spanish 24/7 helped me get over that stomachache of having to do it. I think that experience helps me relate to people who are learning English because I have some understanding of what it feels like to be in public and not know what’s going on in another language. That’s a really valuable feeling to be familiar with when doing this kind of work.

For me, it’s part of an overarching goal to make the United States a more welcoming place for people who move here. I think every student should have the opportunity to learn what they want to learn and learn in a cool, safe, fun environment. And I just happen to be really attracted to languages and enjoy working with young people. I really love when I’m in a room where a bunch of different languages are being spoken, and English in the US is such an important tool to have in your toolkit that I want to help others get that tool in any way I can. Also, the teenage years are the most fascinating developmentally to me, because that’s when young people are really starting to come into their identity and experiment with who they want to be. All those puzzle pieces just come together in a middle school ESL classroom.

I first heard about GVP while working at New American Pathways (New AP), because we would refer our girls to GVP whenever we could. When I was wrapping up my time there, I thought hard about what I wanted my next step to be and what direction in the education sphere I wanted to go. In my past year at New AP, I had spent the vast majority of my time working with middle school girls and had found that to be like a really fun experience. So that felt like a good direction that I wanted to lean into more, and I knew I wanted to be around really talented, driven, and forward-thinking teachers who are highly invested in their students. That’s certainly what I’ve seen at GVP.

First, I’m looking forward to meeting the students and getting to know them, and I can’t wait to see all of the academic and artistic and personal work that they come up with in the next year. I’m also just really excited to work with the teachers. I think I can learn so much from the teaching team, who are all highly experienced, well-seasoned educators. GVP’s interdisciplinary units are very exciting to me as well. I love that everything’s really integrated and asset-based – that’s my jam.

Recently, one of our seventh-grade girls at New American Pathways co-led a lesson with me in our after-school program where she really took the lead. She adapted something she had done with a different program to create a lesson about human rights, and I just kind of supported and watched her lead it. This was a student who can sometimes be a little shy, so I was really, really excited and proud and felt a lot of joy in watching her do that.

Welcome to the GVP Family, Olivia!