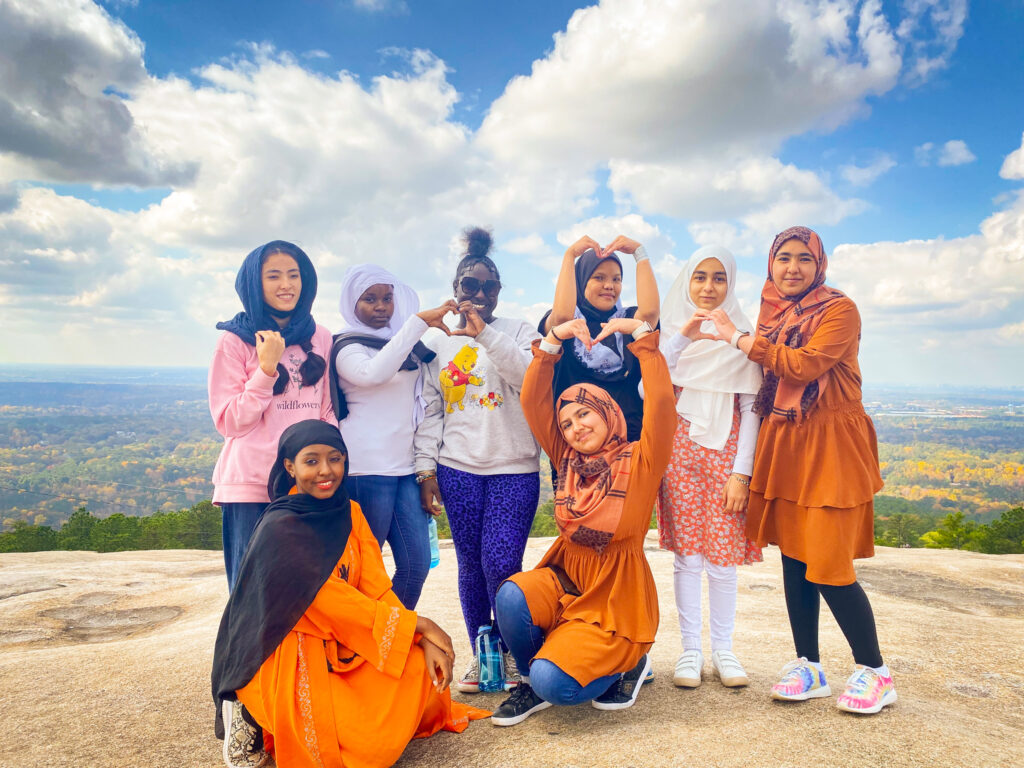 The loud, deep pounding of the drums and deep rhythmic chanting from the drum circle welcomed us as we entered the Native American Festival and Pow Wow. As the drums played, dancers wearing traditional clothing, adorned with colorful beads and feathers, moved in motion to the beat of the drums. During the Eagle Dance, one man “transformed” into an eagle and guided by the many feathers of an eagle on his arms, glided through the wind in graceful, fluidity with the music.

On a beautiful, sunny day in early November, Form 3 students visited the largest Native American gathering in Georgia. The annual event was held at Stone Mountain Park and showcases Native American culture during Native American Heritage month. We moved from the music and dance to an encampment showing the lifestyle of local and regional historic Native American cultures. Students observed skills like fire starting and bow making, and they crawled into a teepee, where they had an interactive experience. One man showed artifacts, and he told of how tribes, living on the Great Plains, lived off the buffalo.

Form 3 students, in conjunction with our whole-school integrated unit on Migrations, have been studying Native Americans. History teaches us that human migrations have always taken place and always will. Students have learned that the first people to migrate to the Americas were the Native Americans. They migrated from Asia thousands of years ago. Native Americans settled in different regions in the Americas, and their culture or way of life was influenced by the geography of the land in which they lived.

The Native American journey and story is one that is marked with tragedy and loss but also a story of resilience and perseverance. The Indigenous groups of North America are dynamic, diverse, and inspiring. This festival reminds us that their stories and cultures are still very much alive today and should be remembered and celebrated. It is amazing how field trips like this bring our history to life and demonstrate how our past and present are connected.

We ended our trip with our own “journey” to the top of Stone Mountain. We took the skyride to the top, and while some students were hesitant to “fly high through the sky,” as some students described it, many conquered their fears with a little encouragement and hugs from their friends.  Once their feet were firmly planted on “the rock,” the students relished in the freedom of the mountain, and as teenagers often do, quickly went to their phones to take selfies of each other, in an effort to capture pure joy on this beautiful, November day, high in the sky!